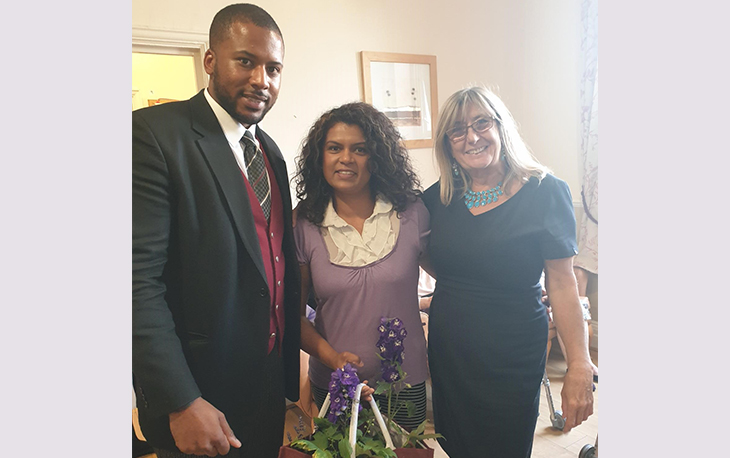 On 22nd May Funeral Arranger Jackie Stacey from our Lewisham branch and Funeral Director Bobby Maull-Robinson organised a mini concert for the residents at the Swallows Nursing home on Brownhill Road in Catford.

The event coincided with Dementia Awareness Week and different arrays of purple flowers were given to the residents to mark the week. A forget-me-not flower symbol is often used as an emblem by dementia communities.

The musical act was former Boney M bass player Earl Robinson and his daughter Joanna who played an eclectic arrangement which included Frank Sinatra, Bob Marley, Elvis and many more. . Residents were also treated to Boney M classics such as “Daddy Cool”, “Ma Baker”, “Sunny”, “Rasputin” and “Rivers of Babylon”.

Bobby said: “Everyone had a great time dancing, singing along and even wanted an encore! we have a good rapport with our community and want to show that we care about the communities we live and work in by reaching out in this way.”

Have you found what you are looking for today?

Nothing Stops a Macmillan Coffee Morning!